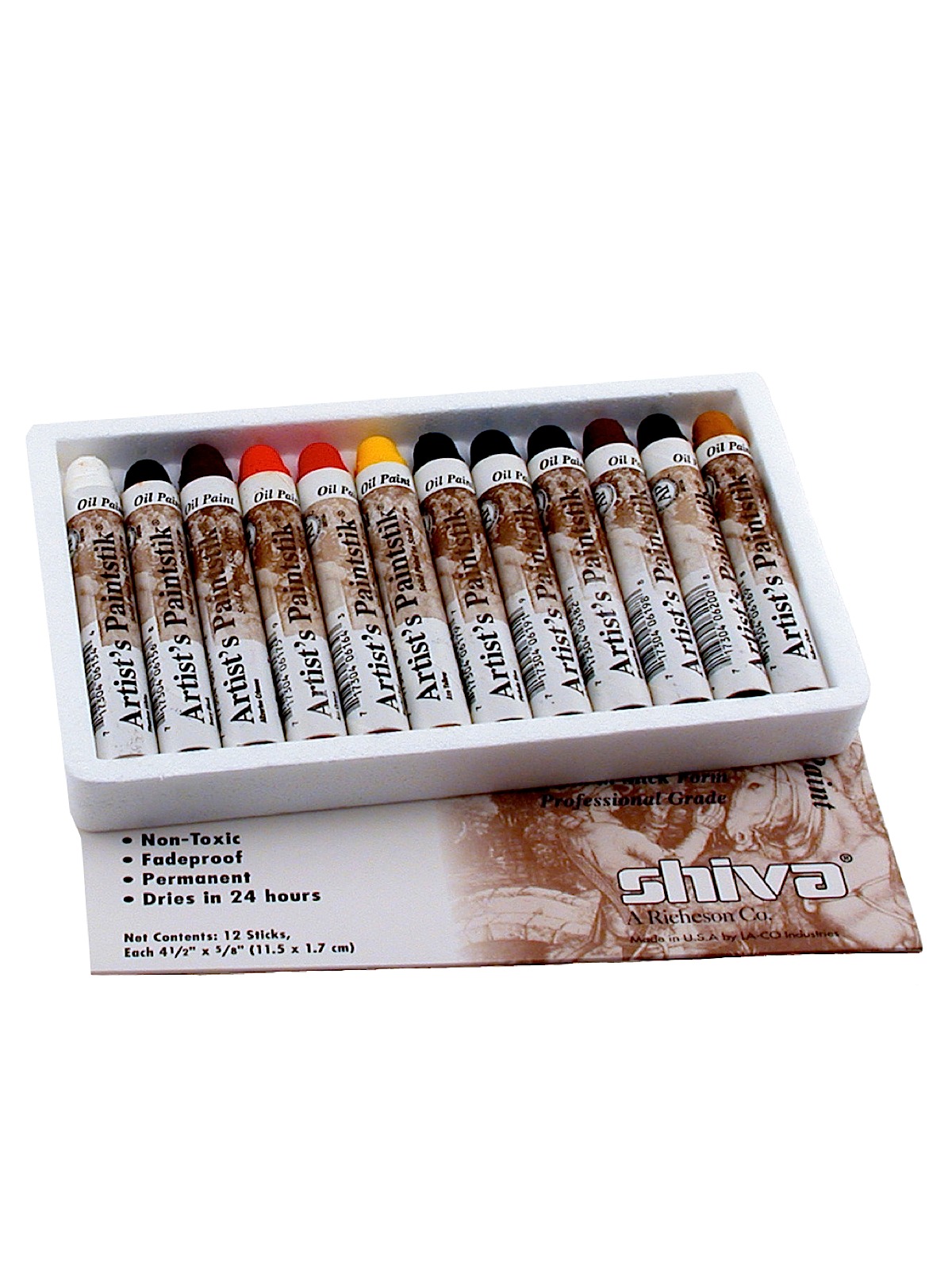 Paintstik Oil Colors are self-sealing; just peel off the film before using. It will reform on the stick in a matter of hours, so the sticks never dry out. There’s no mess and no running color, just solid, easy-to-control sticks of oil color that can be spread or blended with the finger, brush, or palette knife. There are also no unpleasant odors or fumes, so you can paint virtually anywhere, at any time.

TO ADJUST ITEM QUANTITIES, THEN CLICK THE ADD TO CART BUTTON

We were unable to verify your address. Please select below.